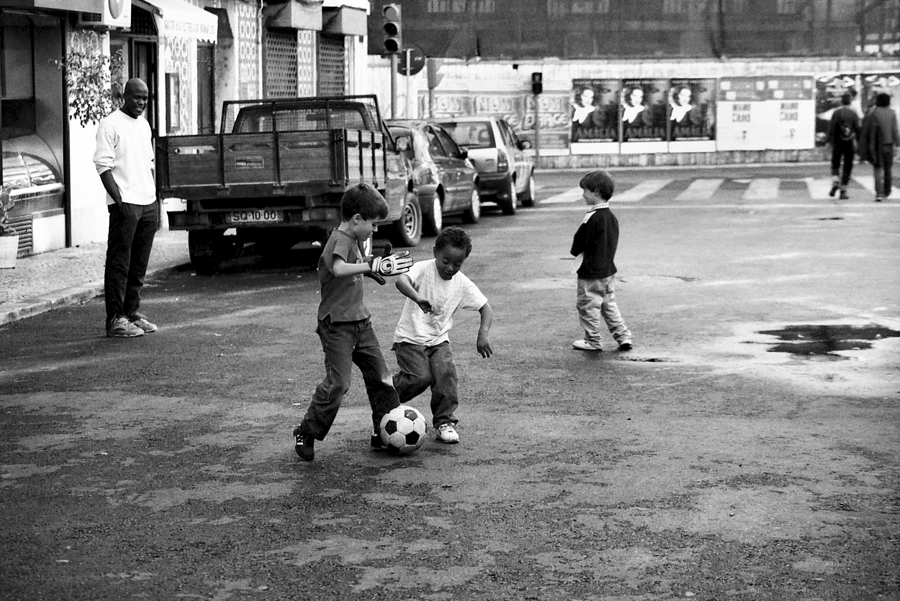 It was shortly after the fall of the World Trade Centre that I took this photo. The news of the destruction of the towers circled the globe, pulling with it the dark veil of a sombre mood. However, as humanity tends to do, the lost were mourned and the world started again on it’s endless march forward. These children were a reminder of the innocence of youth. Shielded from negativity, they continue to play and grow up to be the next layer of what our species will eventually become.

This is one of those photos that shows exactly how much globalization has affected Portugal, which is an origin of interesting culture itself. This scene from Lisbon shows some kids playing soccer. Have you ever thought of where soccer balls are made? A lot of them don’t even come from Europe or America. They come from Pakistan. The clothes they are wearing, the cars, even the posters on the construction fence. They are all from different cultures. With the advent of better methods of communication and more efficient ways to travel longer distances, culture flows freely between one place and another. It starts small, but can become an avalanche if allowed the opportunity.