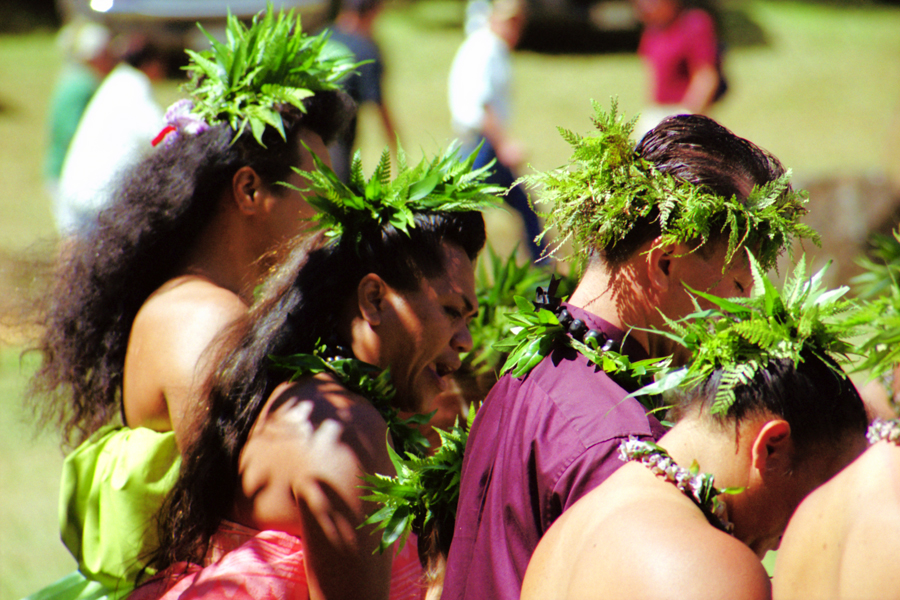 We came across a group of performers in Koke’e State Park back in October of 2002. Before they performed their musical ritual, these Hawai’ians engaged in what appeared to be a prayer. The amount of passion that arose from the speaker was inspiring. I wanted to do my best to capture that intensity. Rather than focusing exactly on the person’s face, I blurred it a little, as if the the spirituality of the words was more important than the physical.

I always find rituals fascinating. A ritual is created by a culture to fulfill a purpose. Learning the ritual usually involves learning a bit about the deeper workings of the culture. I don’t remember exactly what this ritual was about. I wonder if it was to aid the performance that they did shortly after I took this photo? The costumes were very colourful, and they were very passionate about what they were doing, and it came through in both the prayer and the performance. The interesting thing to note would be the people in the background, obviously not participating directly in the ritual – they were simply watching. And so the ritual spreads throughout the world in the minds of people who may not understand, but like something that they may have heard.