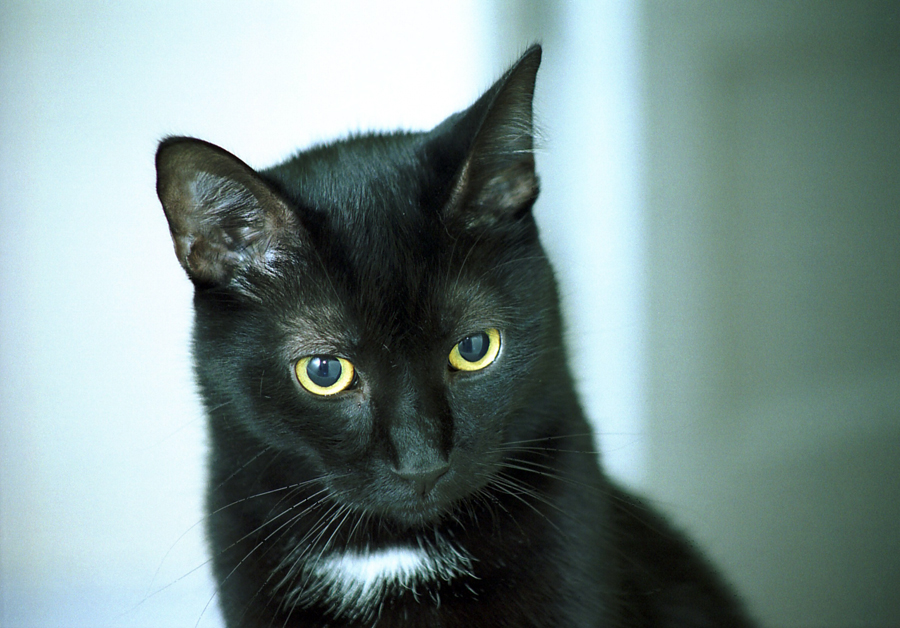 Both of our cats were very sweet, but one of them was an occasional lunatic. Logan was prone to chasing his own tail, misjudging distances while leaping, and bonking his head off the window while trying to get the pigeons outside. Regal was one of the last words that I would use to describe him. Yet -at times- he was a calm fellow; he could be quite distinguished. This was one of those moments. He looks attentive and curious, while also appearing to be very elegant. f/5.6 1/125 sec 200mm