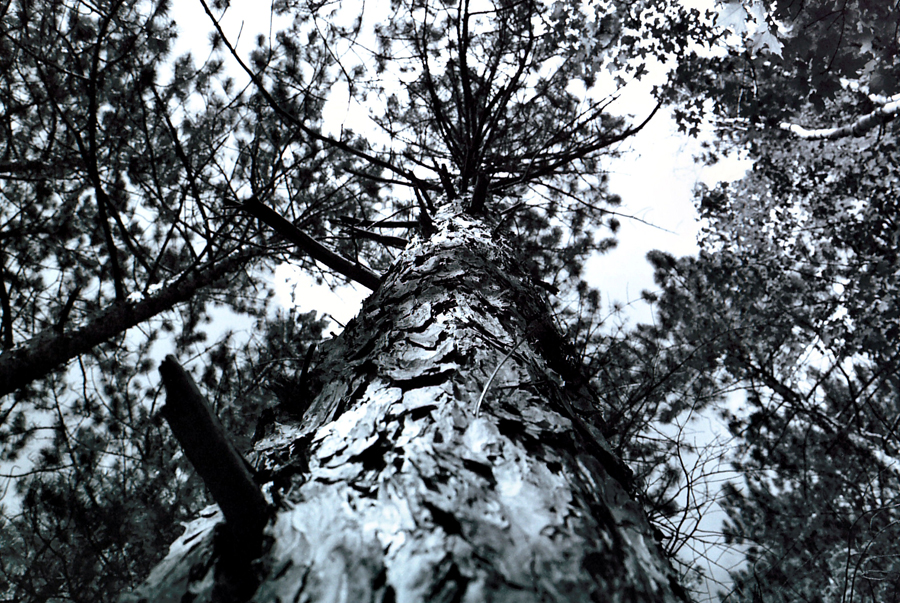 Another photograph taken along the Centennial Ridges Trail, this is a photo of a young Red Pine (I believe). A friend pointed out the interesting irregularly-shaped plates of bark, and thought it would make an interesting image. I had black-and-white film loaded at the time, and wasn’t sure if I wanted to take a photograph head-on, risking a loss of context. So I settled on this particular angle.

I emphasized the bark, while maintaining the overall idea.