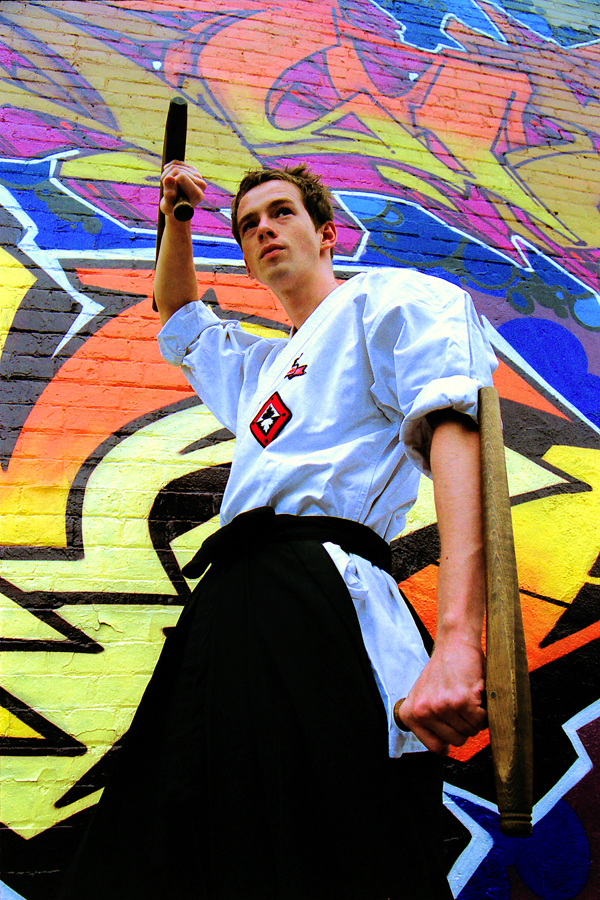 One of my clients asked me to figure out ideas that went against the grain in terms of traditional martial arts photography. I came up with the idea of doing two shoots in contrast. One in the wilderness and the other in the city (urban wilderness). On the Bloor subway line between Dundas West Station and Keele Station are a number of graffiti-covered walls. This particular wall was a great backdrop for a lot of the poses, as the artists had covered the <em>entire</em> wall, which was at least two stories high – good for these particular angles.