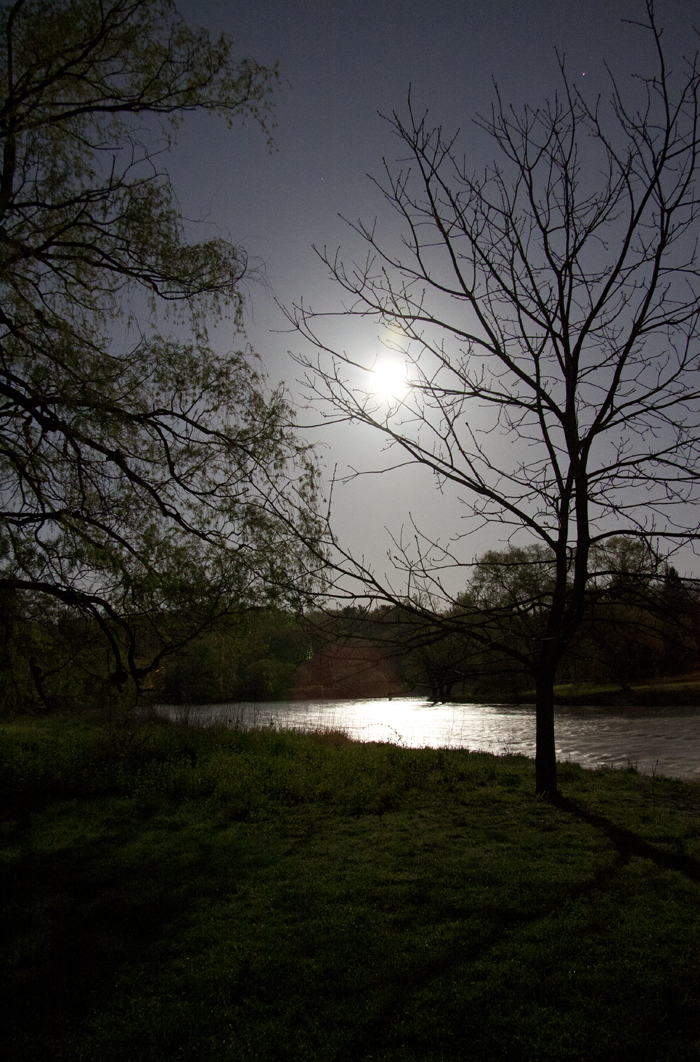 The night that I took this photograph, the moon was closer to the Earth than it had been for a long time. I went for a walk to the river near my house to see what sort of images I could capture and decided to try and capitalize on the brightness of the moon in the night sky. While it looks like this photo was shot in the daytime, it was taken at around 10:00 at night.

There is something to be said about the light of the moon – it lacks the warmth of the sun, even though it is, essentially, a reflection of the sun’s light.