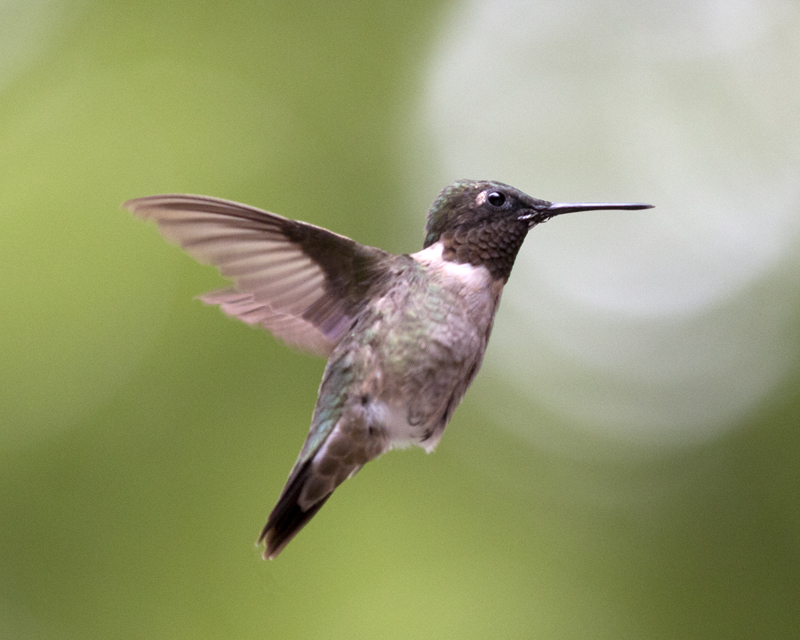 Last year, I took a few photos of hummingbirds at a resort in Algonquin Park. While they were all right, I wasn’t particularly happy with them, since my goal was to get a nice, sharp image of the bird with its wings extended. This year, I was at a cottage and there was a hummingbird feeder mounted to one corner of the roof. It took a number of tries, and a hell of a lot of patience (due to the fact that there were two hummingbirds constantly fighting for a spot at the feeder and a few children running around). After a number of attempts, I captured images the birds feeding (with their faces buried in the feeder), as well as some of them perched in a nearby tree. However, I decided to try one last time – and this is what I managed to capture.