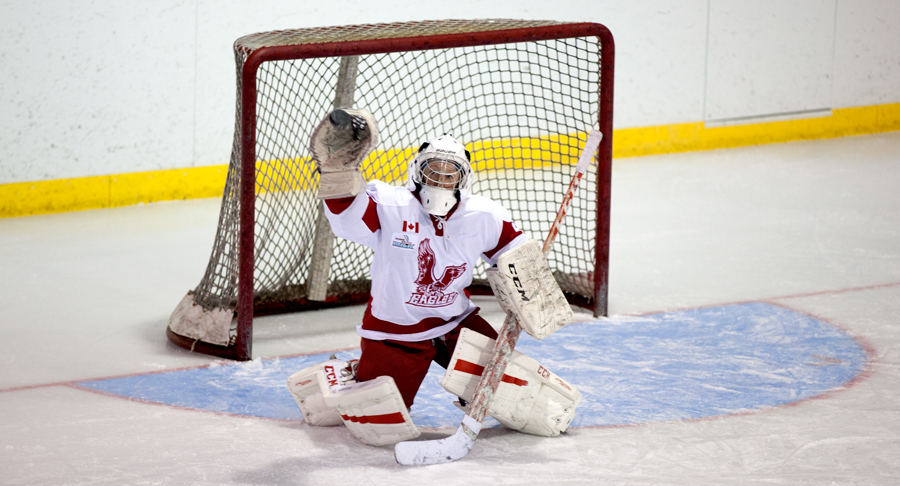 After the first period in the game that I was invited to shoot, the teams switched sides, which brought my associate’s son’s team closer to where I was perched. I removed the extender, which allowed me to dial the lens to f/2.8, giving me the ability to dial down the ISO somewhat (1600 from 6400) and get some nice, bright shots with very little grain. Again, my associate’s son is a fantastic goaltender, and he made some spectacular saves.