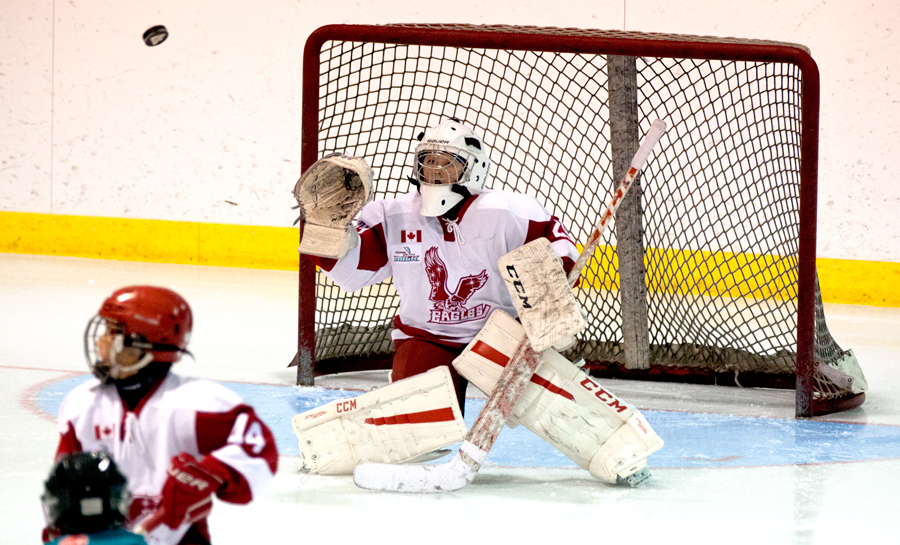 An associate of mine asked me to take some photos of his son playing hockey (his son plays goaltender). It was definitely a new experience for me – and very challenging. Between the odd lighting and the fast action, it was far more different than the shoots that I have done for soccer.

Arena lighting is weird, and to ensure that I got clear shots, I had to pump the ISO up to 6400 (which was a necessity because I couldn’t open up more than f/5.6 due to my extender). Overall, I was very happy with the results. The fact that my associate’s kid is a fantastic goalie made it a much easier shoot. His reaction time is fantastic, which allowed me to know when to take the shot by simply watching his eyes and body language. Later on, his team moved closer, so I got to take some without the extender.